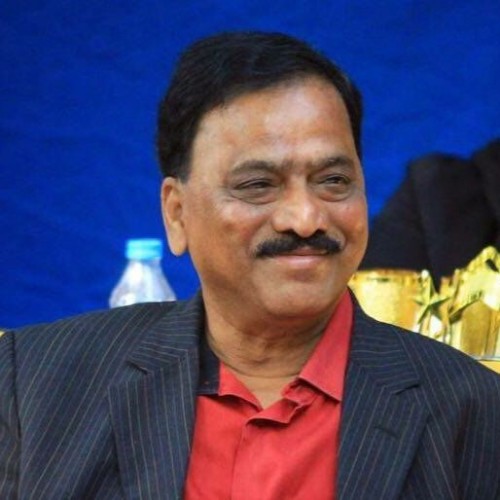 Born in a family of dog lovers entered Canine activity three decades ago and commenced his show career by exhibiting and breeding Pugs, Dachshunds and Beagles. Since then he has bred and owned Lhasa Apso’s, Beagles, Cocker Spaniels, Boxers, GSD’s, Dobermans, Dachshund Std Smooth, Fox Terriers, Whippets, Scottish Terrier and Bulldogs and is currently committed to breeding and exhibiting Dobermans, Whippets, Pugs under the prefix “Magic Million”.
A keen exhibitor for the last 35 years he has exhibited his dogs at almost every show in India making champions of most of the dogs that he owned. In 1986 he campaigned his Standard Smooth Dachshund “Ch.Sans Craintes To Reckon With” a Bred in India dog which went to win 36 CC’s including several Best in Shows and this became his first Dog of the Year. He subsequently campaigned his Doberman “Ch.Sans Craintes Magic Million” which was adjudged Dog of the Year Bred in India for two consecutive years 1990 & 1991 winning 35 CC’s and 11 Best in Shows. His Std Smooth Dachshund bitch “Ch.Magic Million Crystal Eye” was adjudged Puppy of the Year in 1993.
The year 1994 again proved to be a lucky year for him. His Doberman Imported from Japan “Ch.Rising Star of Harase Garten” was again adjudged Dog of the Year for the show season 1994 winning 10 continuous Best in Shows and 2 Reserve Best in Shows. Once again his home bred “Ch.Magic Million’s Chocolate Drop” a multi Best in Show winner was declared Best in Show at the most Prestigious Kennel Club of India’s Centenary Dog Show judged by Mrs. Ann Argyle from UK. This has been the largest show till date ever organized by the Kennel Club of India. Ch.Magic Million’s Chocolate Drop also went to become the Reserve Dog of the Year for the year 1995-96. Ch.Magic Million’s Cat’s Eye another home bred and a litter brother to Ch.Magic Million’s Chocolate Drop once again went to win the Best in Show at the KCI’s 3rd National Dog Show in 1997 a feat that none have achieved till date.
After a break of three years the kennel commenced exhibiting dogs once again and his Doberman import Ch.Harmonic Glory Joice went to become the Top Doberman in the country and also the Reserve Dog of the Year winning several Best in Shows. Once again In 2003-2004 he campaigned yet another Doberman Ch.Right Staff of Harase Garten imported from Japan, which was again adjudged Dog of the Year.
C.V. Sudarsan holds the distinction of being the first and the only exhibitor in India to have won all the five major trophies instituted by the Kennel Club of India namely,
1) The Hindu Trophy for the Dog of the Year, (thrice)
2) The GVD Padmavathy Trophy for the Reserve Dog of the Year, (twice)
3) The Sivaganga Trophy for the Puppy of the Year, (once)
4) The Southern Prides Trophy for the Dog of the Year Bred in India (thrice)
5) The Lakshmi Trophy for the Breeder of the Year. (once)
Mr.Sudarsan has had the distinction of having judged every club show in India and has also judged in all the five continents. He has judged shows at Canada, Philippines and at every state in Australia, New Zealand, Singapore, Sri Lanka, Japan, China, Nepal, Norway, Malaysia, Thailand, Indonesia, Korea, Argentina and South Africa, Taiwan, Russia, Mexico, Slovakia Romania ,,Puerto Rico , Israel, Hungary, Holland, UK., Switzerland, USA & amp; Colombia. He has several more judging assignments in Japan, Australia, US South Africa,, Ukraine.
Some of the important shows that he has judged include the Brisbane Royal in Australia, the Queensland Classic, the Belconnan Autumn International Festival, Australasian Show Dog of the Year, Tasmania Kennel Club’s Centenary show, Calcutta Kennel Club’s Centenary show, the Lower Mainland Kennel Club show in Canada, the Goldfield Kennel Club show in South Africa and the contest of Champions in UK and the World dog shows at Mexico, Bratslavia, and Hungary and the European Show in Holland . He has also had the distinction of judging several specialty shows such as the Cocker Spaniel specialty show in Queensland, the Doberman Pinscher specialty show in New Zealand, the Pekingese & amp;Schipperke Club specialty shows in South Africa apart from several specialty shows in India. He reached the pinnacle of his judging career when he was invited to judge at the Eukanuba World Challenge held in Florida in the year 2011 and which is considered as one of America’s premier dog show. At the Eukanuba World Challenge, the same Lhasa Apso that he had put up in the Section-II went to win the Best in Show at Crufts the World’s largest show 3 months later. Once again in May 2013 he was invited to judge at the World Dog Show in Budapest, Hungary and had the honour of judging Group-9 which is considered the most prestigious group where he put up a Lhasa Apso from Finland for the Group. The same Lhasa Apso went to win the Reserve Best in Show at the World Dog Show.
Mr.C.V. Sudarsan obtained his All Breeds Judging License in 1984 and has been judging ever since and is on the panel of the Asian Kennel Union and FCI Judges and is the Founder Secretary of the Madras Canine Club which post he held for 30 years and is now currently the President of the Madras Canine Club. His association with the Kennel Club of India dates back to three decades and has been on the Executive Committee for the last 30 years and is currently the Hony. Secretary & Treasurer of the Kennel Club of India and is also the Editor of the prestigious Indian Kennel Gazette, which is the official publication of the Kennel Club of India. He is also the Vice President of the Doberman Pinscher Club of India, and the President of the Great Dane Club of India. Mr.Sudarsan has been an active Rotarian for 30 years and is the Past President of Rotary Club of Anna Nagar.